BOX 4 COMPACT DISC NUOVO
Catalogo:  Enlightenment Records
The first disc here features two LPs featuring Bill Evans as the lead artist, both released in 1963.
Disc two showcases some of the finest work Evans produced in collaboration with other artists.
When not working directly as co-leader, contributions by Evans have nevertheless helped shape and polish many works by other great musicians, as demonstrated by the two albums featured on disc three.
The final disc on this collection contains some of Bill Evan s finest live work, consisting of a collection of recordings that were broadcast across Europe: Denmark in 1964, France and the UK in 1965, and Norway in 1966. 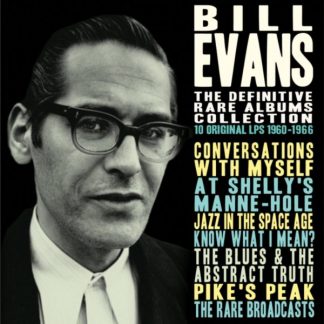