The Truth: Noirishly nourishing North London alt.gothic rocksters Desperate Journalist follow up their spectacular November Kamio comeback show with big news a’plenty for the New Year. Firstly, the feisty quartet will headline London’s Scala on April 6th 2017 as part of a string of live dates in the UK and Germany. And secondly, on March 24th they release their second album, ‘Grow Up’, ostensibly eleven tracks of rocketing leftfield delights propelled forth with thundering rhythms, thunderously spectacular guitar and Jo Bevan’s thunderstruck vocals. Such is intense life with Desperate Journalist, one of the most potent, important DIY bands lurking on the underground scene right now. The campaign for ‘Grow Up’ kicked off with the Kamio headline and the release of the heroically muscular ‘Hollow’ single, followed by the launch of ‘Resolution’ on New Year’s Day. If both ‘Hollow’ and the follow-up ‘Resolution’ capture a band working ever harder, faster, stronger then fittingly the ‘Grow Up’ album sees Desperate Journalist building on the sublimely tetchy mood swings of their 2014 self-titled debut and the tense interim ‘Good Luck’ EP by adding a fresh sonic sheen to their old school indie stroppings. 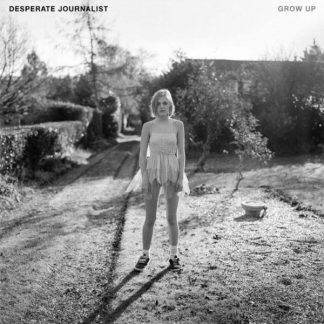