DOPPIO COMPACT DISC NUOVO
Two CD live archive release from the late Grateful Dead leader. GarciaLive Volume Eight presents the Jerry Garcia Band’s November 23rd, 1991 performance at the Bradley Center in Milwaukee, WI.
Keyboardist Melvin Seals summarized the group nicely stating ‘That was the magic band. It’s not that the other scenarios didn’t work out but once we got to that level of the band with (drummer) Dave Kemper, John Kahn, Jerry, myself and the singers, Jackie (LaBranch) and Gloria (Jones) we all knew we had something special. That was the band.’ 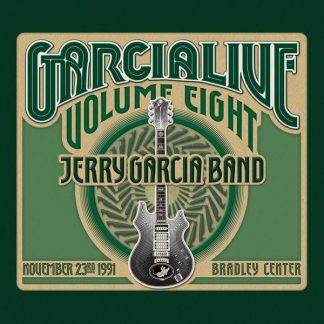