The Mighty Thread is not a really bad conversation on a message board that deviates into people agreeing to disagree, but rather the bonus name for Michael Nau, who made a bright, folksy record in Some Twist. He’s back with this knottily poetic follow-up that embraces ambiguity and uncertainty with odd writing and performing decisions: different members of his makshift band placed their instruments in different rooms of the house, with an amp in the bathroom and a piano in the living room. This seemed to encourage a strange, communal vibe for a record that feels like a crew going one level extra to help out each other. The songs on this layered record sound sunny and familiar and Nau shines when he’s nestled in that medium between melancholy and carefree, his songs shifting between pain and joy, fires and rivers, faraway stars, icy Saturdays, clouds of smoke, between shelter and flowers in the rain. fans of jeff tweedy, Richard Hawley and kurt wagner should check this out! 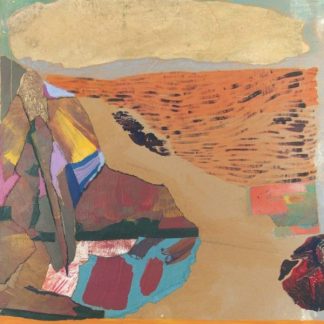