Catalogo:  Soul Music Records SMCR5151D
This 37-track collection includes the entire 10-track 1983 LP, “One Mother To Another,” only ever released in Europe and making its worldwide CD debut. In addition, six tracks that were recorded for the group’s first RCA LP (in 1972) and only issued on a now out-of-print US CD in 2010 are also included here along with the team’s four charted singles, recorded for Epic Records during their seven-year tenure with the label, other standouts such as ‘Somebody To Love,’ (produced by Jimmy Iovine) along with ‘U Turn Me On’ and ‘Evolution’ from the 1981 LP, “Iron Age” and key cuts from the group’s three Epic studio albums such as ‘Give You All The Love (Inside Of Me)’ and a cover of the Motown classic, ‘Mickey’s Monkey.’

6. Middle of the Night

2. Piece of the Rock

19. Some Kind of Madness 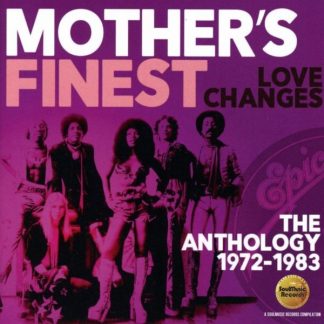