Doppio Compact Disc Nuovo
Catalogo: Infectious Music INFECT402CD
Stop everything! Shed Seven are back with a new album! Instant Pleasures is their fifth album in total but first for 16 years.Apparently, in places it even reaches the same heights as debut album Change Giver (1994). They rode a wave of success during the Britpop years with songs such as Chasing Rainbows and Going For Gold before disappearing. The title of the new album, according to frontman Rick Witter, is social comment on the modern world’s ability to pleasure us instantly, but also suggests that the album’s individual slices of indie-rock will do the same. 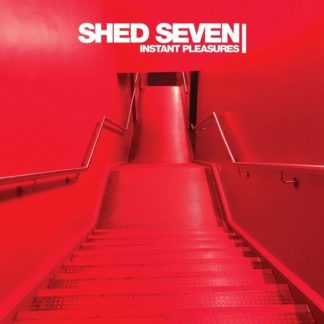