WYE OAK The Louder I Call, The Fater It Runs Limited Edition

Wye Oak are a duo made up of Jenn Wasner and Andy Stack. They formed in Baltimore but after two albums moved apart to North Carolina and Texas, respectively. Their long distance working relationship has now produced three further albums. The Louder I Call, The Faster It Runs was made as they wrote apart and recorded together. It sees the pair introducing more electronic elements into their music following on from their earlier guitar-led work. often overlooked and always brilliant, the fifth album by this duo combines invention and melodicism to surely put them in league with the likes of angel olsen, Sharon van etten, and broken social scene. 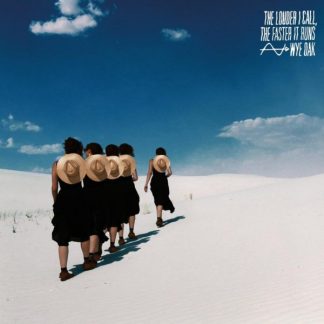 Your cart is empty

Subtotal
Shipping and discount codes are added at checkout.
Checkout